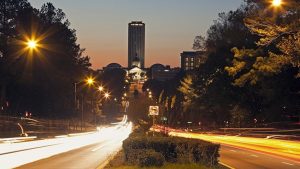 A broad legal battle has marinated in a Florida courthouse for nearly a year, and now the state’s House of Representatives is inserting itself into the proceedings. The House’s recent filing seeks to defend lawmakers’ interpretation of the constitutional amendment that paved the way for Florida’s nascent medical marijuana market.

Read the House motion below.

The issue at hand: Florigrown, a Tampa-based cannabis business, insists that the bill passed by Florida legislators contradicts the language approved by voters in 2016. Florigrown’s tentpole assertions involve the state’s cap on medical marijuana businesses licenses and the state’s vertical integration requirement. Both are inconsistent with voters’ will, the company has argued.

Leon County Circuit Judge Charles Dodson agreed with Florigrown in an Aug. 2 order that urged the state’s Department of Health to remedy this conflict. Dodson wrote that the constitutional amendment—with language that 71 percent of Florida voters approved—places no specific limits or caps on the number of medical marijuana business licenses. The law that state representatives drafted and passed in 2017, however, does.

According to the state law, the Department of Health was allowed to issue licenses to cannabis business that had previously been licensed under an earlier, low-THC version of the Florida medical marijuana market. The department was also allowed to issue up to 10 licenses to businesses that hadn’t been part of that earlier program or that had tried to obtain one of those earlier licenses and failed. (In Florida, licensed businesses are called “Medical Marijuana Treatment Centers,” or MMTCs.) For each additional 100,000 medical marijuana patients that are registered in Florida, the state will be allowed to issue four additional business licenses. That threshold was passed in April, and the state undertook the process of licensing four more MMTCs.

“Such limits directly undermine the clear intent of the amendment, which by its language seeks to prevent arbitrary restriction on the number of [medical marijuana businesses] authorized to conduct business in the state,” Dodson wrote. “The amendment mandates the availability and safe use of medical marijuana by qualifying patients.”

In an Oct. 5 order, Dodson pointed out that the department had not amended its licensing procedure in the previous two months. He issued an injunction and demanded that the state begin approving licenses for Florigrown and others.

Gov. Rick Scott appealed Dodson’s decision, leading to the House intervention via an Oct. 25 motion. Currently, the state licensing process has been halted while this case progresses.

The House, in its filing, argues that it was “duty bound to follow both federal law and state law” and that its interpretation of the amendment was its attempt to “address such a conflict and effectuate the voters’ will to the extent federal law will allow.”

At its core, the line that Florida lawmakers are walking between federal and state law is but one thread in this litigation.

Depending on the outcome of this case—and if Dodson’s order prevails—Florida may be backed into a position where the Department of Health would need to toss the cap on medical marijuana business licenses and the vertical integration mandate. It’s the tension between licensed businesses that have capitalized on Florida market share and businesses seeking to enter the state’s medical marijuana market: That’s where industry observers have honed their attention.

“That is the main sticking point that is somewhat alarming,” Vijay Choksi, an attorney at Florida law firm Kelley Kronenberg’s Regulated Substances Practice Group, told Cannabis Business Times. “The last [major market move] was MedMen [acquiring Treadwell Nursey’s dispensary and cultivation assets] for $53 million. They just entered the market for $53 million—based upon the vertically integrated regime. When they go out to their investors and they pitch their business claims and listing statement, that’s the main sticking point. You’re in a vertically integrated state. And for that to potentially crumble down, that would throw the entire industry upside-down, thereby letting more players enter.”

The judge set a Nov. 19 hearing to address the state’s appeal and the House’s motion.

Then, on Oct. 31, a company called Steel Dog Concepts filed a motion to intervene, as well. The company sided with Florigrown and insisted that its interest in applying for and receiving a license had gone ignored by the state Department of Health. “[Due] to the nature of the issues before the Court, Florigrown and Steel Dog’s legal right to become a registered MMTC pursuant to the Florida Constitution will rise and fall together,” the company wrote in its motion.

The civil case, coming up on its one-year mark in Leon County Circuit Court, is far from over.

“How is the amendment interpreted?” Hyman asks. “That’s what this really comes down to: interpretation.”

Motion to Intervene: Florida House of Representatives in Florigrown v. Florida Dept of Health by sandydocs on Scribd