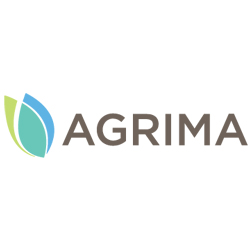 VANCOUVER, Feb. 7, 2019 /CNW/ – Ascent Industries Corp. (CSE: ASNT) (“Ascent” or the “Company“) announces that it has received further correspondence from Health Canada (the “Agency“) regarding the suspension and proposed revocation of the Canadian producer’s licence and dealer’s licence (collectively, the “Licences“) issued by the Agency to Agrima Botanicals Corp (“Agrima“), a wholly-owned subsidiary of the Company.

Health Canada has repeated its previous position that the Company has failed to demonstrate that the suspension, and proposed revocation, of Agrima’s Licenses is unfounded, or that the failures that gave rise to the suspension were rectified.  The Agency re-iterated its concerns that unauthorized activities with cannabis took place after the Canadian producer’s licence and dealer’s licence were granted to Agrima, in contravention of the ACMPR and Controlled Drugs and Substances Act (now regulated under the Cannabis Act).  Health Canada has therefore advised that it still intends to revoke the Licenses, and has given Ascent until February 20, 2019 to make any additional submissions.

Ascent previously launched an investigation into these alleged contraventions of the ACMPR and Controlled Drugs and Substances Act (now regulated under the Cannabis Act) which is ongoing, including a forensic analysis of the Company’s books and records.

Should the Company not be successful in its attempt to have the Licences re-instated so that it may commence operations and generate revenue and cash flow in Canada, the Company’s ability to continue as a going-concern may be in doubt.  As previously disclosed by the Company, a strategic review process is continuing, with a view to stabilizing the Company’s financial position and maximizing the value of the Company.

The Company’s operations currently include facilities in British Columbia, Canada; and in Oregon and Nevada in the United States. In Canada, Ascent (through its wholly-owned subsidiary, Agrima) is a licensed producer (currently suspended) under the Cannabis Act and Regulations, with licences to cultivate cannabis and produce cannabis extracts. In addition, the Company is a licensed dealer (currently suspended) under the Cannabis Act and Cannabis Regulations, with the ability to produce, package, sell, send, transport and distribute medically focused cannabis products in Canada to other licensed entities and internationally in jurisdictions where medical cannabis is legal. In the United States, the Company holds licences in Oregon (for processing and for distribution of cannabis to any licenced entity in the state) and in Nevada (for cultivation and for production, processing and wholesale distribution of cannabis). In Europe, Agrima ApS, a Danish company and wholly-owned subsidiary of Ascent, has submitted licence applications for a Wholesaler Dealers Licence and Controlled Drug Licence in Denmark, and applications for the approval of eight products to the Danish Medical Cannabis Pilot Program.

THE CANADIAN SECURITIES EXCHANGE (THE “CSE”) HAS NEITHER APPROVED NOR DISAPPROVED THE CONTENTS OF THIS PRESS RELEASE. NEITHER THE CSE OR ITS MARKET REGULATOR (AS THAT TERM IS DEFINED IN THE POLICIES OF THE CSE) ACCEPTS RESPONSIBILITY FOR THE ADEQUACY OR ACCURACY OF THIS RELEASE.