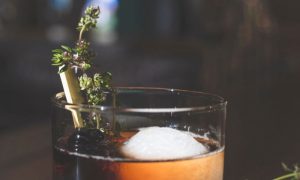 During a conference call with analysts, the Canadian cannabis producer’s executives downplayed the company’s efforts in investing in the pot drinks space as they anticipate “low market share” when the sale of such products becomes legal in Canada later this year.

“We’ve made a rational decision to focus priorities in areas that we know have strong demand based on a model we’ve seen in legal U.S. states,” said Cam Battley, chief corporate officer at Aurora Cannabis, during the call. He noted that the company may change course if the industry is able to improve marketing efforts and if consumer tastes change.

BNN Bloomberg reported in September that Aurora and The Coca-Cola Co. were in “serious talks” to develop cannabis beverages, specifically those infused with cannabidiol, commonly referred to as CBD, the non-impairment compound found in marijuana plants. Since then, Coca-Cola has backed away from developing cannabis beverages, although the company says it continues to monitor the legal pot market.

Recent industry statistics show the market for cannabis-infused beverages remains fairly small, accounting for less than 0.5 per cent of sales in the U.S. legal pot market, according to BDS Analytics. However, the category could be worth as much as US$600 million in the U.S. by 2022, according to recent figures from Canaccord Genuity Group Inc.

Aurora’s Chief Executive Officer Terry Booth added Wednesday that there isn’t much of a “proven market” in the cannabis-beverage space and that any development from the company in the so-called concentrates sector would be focused on edibles and vape pens.

“There’s not going to be any cannabis bars open anytime soon,” he said.

While Aurora may not be preparing to release a cannabis-infused drink, other Canadian pot players are investing heavily into the space. Canopy Growth Corp., the world’s biggest pot company, plans to release a line of several pot drinks when they’ll be legally available in Canada this October. Meanwhile, Molson Coors Brewing Co. has a joint venture with Hexo Corp., and Tilray Inc. plans to invest $100 million alongside Anheuser-Busch InBev, the world’s largest brewer, for its own pot drink partnership.