Cannabis Never Should Have Been Illegal in the First Place 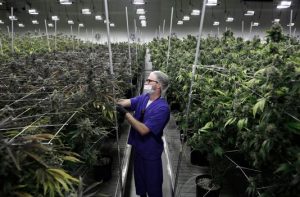 Last week, Gallup reported that a record-high 66 percent of Americans now say marijuana should be legal. The reason is simple: Marijuana never should have been illegal in the first place.

Through decades of reefer madness, Americans were led to believe that marijuana is far more harmful than it actually is. This is not to say it’s harmless. But it is safe to say it is less harmful than alcohol, another substance that once was illegal and is now widely accepted in our country.

Nevertheless, our federal government and many states still have laws on the books that criminalize marijuana use, and they are all too frequently enforced. U.S. law enforcement agencies made about 600,000 arrests for marijuana possession last year, according to the FBI. To make matters worse, these marijuana laws have long been disproportionately enforced against communities of color.

We learned as a nation during alcohol prohibition that simply banning a widely demanded substance does not make the substance go away. Instead, prohibition creates a criminal market to satisfy that demand, which brings with it a whole host of public health and safety problems.

As a result, several states have decided to take a new approach and start regulating marijuana similarly to alcohol. It is being produced and sold by licensed businesses that must follow rules regarding testing, packaging and labeling. Retailers must check IDs, and government officials have reported no uptick in teen use rates.

At the same time, these states have generated hundreds of millions of dollars in tax revenue, and law enforcement officials appear to be improving their clearance rates for other crimes.

Marijuana legalization is not a panacea, but it is progress, just as ending Prohibition was 85 years ago. States led the way in developing alternative policies that control alcohol while allowing for responsible adult use, and they should continue to do the same with marijuana.