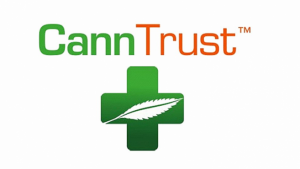 VAUGHAN, ON, May 14, 2019 /PRNewswire/ – CannTrust Holdings Inc. (“CannTrust” or the “Company”, TSX:TRST,NYSE:CTST) today released its financial results for the first quarter ended March 31, 2019.

“The CannTrust team delivered exceptional operational growth in the first quarter, with harvested production of over 9,400kg. This is a 96% increase in production over the prior quarter and reflects the impact of the investments made into our facilities, as well as process improvements to increase throughput,” said Peter Aceto, Chief Executive Officer.

“With the successful closing of our equity offering providing gross proceeds of US$170 million (before exercise of the over-allotment option), we are well positioned to execute on our growth plans. Our fully-permitted Phase 2 expansion is expected to reach its full capacity of 50,000kg on an annual basis in the third quarter of 2019, and our 81 acres of land for outdoor cultivation has been prepared and we are awaiting regulatory approval to start planting. We have commenced work on our Phase 3 expansion in Niagara, which we expect will add a further 50,000kg of annual capacity. All told, we continue to expect to exit 2020 at a production rate of between 200,000kg to 300,000kg per year. This is a very exciting time for CannTrust and we plan to continue executing on our vision of becoming a global provider of innovative cannabis products and brands,” continued Mr. Aceto.

Events Subsequent to the First Quarter of 2019

(CDN $000’s, except per share amounts and unless otherwise noted)

Revenue for the quarter ended March 31, 2019 was $16.9 million compared to $7.8 million for the comparable prior year period. The increase in revenue for the quarter was primarily attributable to increased sales volumes due to the growth in the Company’s medical patient base from approximately 40,000 at March 31, 2018 to 68,000 as at March 31, 2019, as well as sales derived from the Company’s wholesale revenue streams, which primarily reflects sales to the provinces for the adult-use recreational market.

Adjusted EBITDA for the quarter ended March 31, 2019 was a loss of $3.8 million, compared to a loss of $8.5 million in the prior quarter. The improvement in profitability was driven by the increase in gross profit excluding the impact of the change in fair value of biological assets, in addition to operating expenses being lower by $2.4 million, due primarily to higher marketing costs in the prior quarter associated with the launch of the Company’s four new recreational brands in conjunction with the legalization of adult-use recreational cannabis in Canada in October 2018.

OutlookCannTrust expects to continue to make investments in a disciplined and deliberate manner to position the Company to take advantage of future opportunities, both domestically and internationally. The Company continues to invest in people, process, technology and marketing, and is developing innovative products for the expected legalization of new product formats in Canada later in 2019. These products include vape pens, beverages, confectionaries and healthcare products. CannTrust is also making strategic investments into its operational capacity to prepare for expected increases in demand for its products. The Company believes it will be a leader in outdoor cultivation in Canada, which will leverage its proprietary genetics and will accelerate the Company’s objective of low-cost production leadership.

The completed Phase 2 expansion of the Perpetual Harvest Facility is expected to increase production capacity to 50,000kg on an annualized basis by the third quarter of 2019. With this increased production capability, the Company believes revenue will increase significantly in 2019 compared to 2018 full year results, with revenue growth accelerating in the second quarter of 2019. The Company has received all necessary regulatory approvals for the Phase 2 expansion, which is now fully operational and planted. In addition, having obtained all necessary permits from the Town of Pelhamfor the construction of its Phase 3 expansion, the Company continues to expect its Perpetual Harvest Facility capacity to reach 100,000kg on an annualized basis in the second half of 2020. The Company has completed the design and vendor selection for its Phase 3 expansion, and is finalizing its planning to begin construction in the third quarter of 2019.

CannTrust’s outdoor cultivation initiatives are targeted to deliver material future revenue contributions. The Company is planning for this initiative to yield 75,000kg of production in 2019, subject to regulatory approvals, and between 100,000kg to 200,000kg of cannabis in 2020, also subject to regulatory approvals. CannTrust’s outdoor strategy is intended to support its extract-based product growth and low cost leadership.

CannTrust’s investments into people, process, technology and marketing are expected to impact near-term profitability as the Company continues to scale. These are calculated investments that the Company expects will result in increasing yields, lower cost per gram and the advancement of the Company’s brand and strategic initiatives. CannTrust believes that its gross margin percentage before fair value changes to biological assets should increase throughout 2019 as the Company increases its production levels and gains production efficiencies. As the Phase 2 expansion contributes to positive operating leverage, the Company is targeting a return to profitability in 2019.

Conference Call DetailsThe Company will hold a conference this morning at 8:00AM ET to discuss the financial results and provide investors with key business highlights. The call will be hosted by Peter Aceto, Chief Executive Officer, and Greg Guyatt, Chief Financial Officer.

About CannTrustCannTrust is a federally regulated licensed producer of medical and recreational cannabis in Canada, and the 2018 Canadian Cannabis Awards “Top Licensed Producer of the Year”. Founded by pharmacists, CannTrust brings more than 40 years of pharmaceutical and healthcare experience to the medical cannabis industry and currently serves more than 70,000 medical patients with its dried, extract and capsule products. The Company operates its approximately 450,000 sq. ft. Niagara Perpetual Harvest Facility in Pelham, Ontario, has been permitted to construct another 390,000 sq. ft. facility in Pelham, and prepares and packages its product portfolio at its manufacturing centre of excellence in Vaughan, Ontario. The Company has also purchased 81 acres of land in British Columbia and expects to secure over 200 acres of land in total for low-cost outdoor cultivation which it will use for its extraction-based products.

Forward Looking StatementsThis press release contains “forward-looking information” within the meaning of Canadian Securities laws and “forward-looking statements” within the meaning of the United States Private Securities Litigation Reform Act of 1995 and other applicable United States safe harbor laws, and such statements are based upon CannTrust’s current internal expectations, estimates, projections, assumptions and beliefs and views of future events. Forward-looking information and forward-looking statements can be identified by the use of forward-looking terminology such as “believes”, “expect”, “likely”, “may”, “will”, “should”, “intend”, “anticipate”, “potential”, “proposed”, “estimate” and other similar words, including negative and grammatical variations thereof, or statements that certain events or conditions “may”, “would” or “will” happen, or by discussions of strategy.

The TSX and NYSE do not accept responsibility for the adequacy or accuracy of this release.