Challenges and Opportunities in the Canadian Cannabis Industry 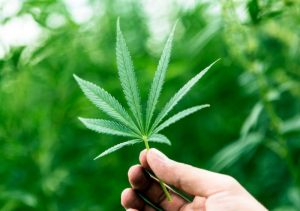 While the status of cannabis legalization in the U.S. for both medical and recreational use varies widely by state, Canada has a more consistent eye on the future. Earlier this year, Canadian lawmakers passed sweeping cannabis legislation that legalized recreational use by adults as of Oct. 17, 2018.

As can be expected, both ornamental growers and suppliers are weighing the implications that cannabis legalization will have on their businesses, even if they aren’t directly pursuing production. During last month’s Canadian Greenhouse Conference, a number of industry suppliers commented on how the industry has and will change.

“It is easy for people to get caught up in the current legalization fever, but it’s also important to remember that cannabis is not a new crop,” says Leigh Coulter, President of GGS Structures in Ontario.

Coulter says that many growers see an opportunity to enter a new market that has very attractive margins. To do so, they have to learn the needs of a new crop, and invest in retrofitting their greenhouse environment to be better tailored to the cannabis crop, and figure out how to get the crop sold through a whole new channel with complex regulations.

“Fortunately, they already understand commercial large-scale growing, so much of their skills and knowledge is easily transferred,” Coulter says. On the flip side, Coulter says other growers have taken advantage of traditional markets left unattended as their competitors shift their focus to the cannabis opportunities.

“Right now in our factory, we are processing more orders for traditional floral, nursery, and produce growers than for cannabis markets,” Coulter says. For those growers interesting in learning more about growing cannabis in a greenhouse, GGS provides tips at ggsstructures.com/mj.

A Chance for Higher Prices?

Kurt Becker, President of Dramm Corp., says growers in Canada who are not producing cannabis are having to compete for resources such as labor, as well as suppliers’ attention.

“There is a number of ornamental facilities that have converted to cannabis,” Becker says. “Perhaps this might finally allow the ornamental growers to begin to raise prices.” Becker also points out that suppliers have their own concerns.

“It is a new business for most of us, and we are having a difficult time determining the level of resources we should apply to this market,” Becker says.

One common current among Canadians, Becker says, is that they are apprehensive of crossing the border to the U.S. after legalization, as law enforcement has already been watching for cannabis-related business. “Visiting a greenhouse conference in the U.S. now has a different connotation,” he says.

“We often hear how difficult it has become to compete on retaining skilled labor or to get the same attention they used to get from their historical suppliers,” Manotas says. Nevertheless, the mood among growers is still positive, and some of the big vegetable growers are trying to get into cannabis, Manotas says.

“This year in Canada, we saw around 60 acres move from vegetables and flowers to cannabis,” Manotas says. “The big question between growing indoors or in a greenhouse is getting bigger. Rising energy costs and market prices stabilizing are going to make that choice more difficult. Running an indoor operation will become very expensive.”

Cannabis As a Career

There is an overwhelming need in Canada for qualified and trained professionals in the cannabis production industry. To address this program, Niagara College Canada has established a commercial cannabis production program that is designed to provide training in the biology and cultural practices of cannabis production, including plant nutrition, environment, lighting, climate control, pest control, and cultivar selection. The end goal is to prepare up-and-coming horticulturists with the skills they need to begin working in the cannabis business, with potential career opportunities in growing, quality assurance, postharvest, propagation, and operations management.