Getting Medical Cannabis in Australia is Too Complicated 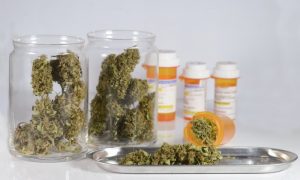 Although Australia legalized the medicinal use of cannabis in 2016, accessing it remains a lengthy, bureaucratic ordeal that’s left many Australians frustrated. The introduction of a new online application was intended to simplify the process. But reports from Down Under have indicated that the road to acquiring medicinal cannabis in Australia might be bumpier than most people realize.

According to BuzzFeed News, a panel of industry experts had trouble explaining “the many layers and bureaucratic processes” involved with the application. The event, which took place at the University of Sydney on Monday, brought together government representatives, academics, and patient advocates. While the panel was “formally focused on addressing the experiences and challenges faced by all sides of the medical cannabis world,” the conversation quickly turned to “the country’s often criticized access pathway.”

John Skerritt, deputy secretary for health products regulation at Australia’s Department of Health, cited “the 48-hour turnaround online portals” as evidence of a streamlined application process. Lucy Haslam, a former nurse and patient advocate, said that her phone “would not stop ringing” with calls from people who experienced technical difficulties with the government’s system, reports BuzzFeed News. Some audience members shared their stories of resorting to buying cannabis from the black market, though one person in attendance “insisted that their road to legal access via the pathway had been easy.”

In July, one man avoided jail time for juicing cannabis to treat his daughters, both of whom suffer from Crohn’s disease. He told Australia’s ABC News that he turned to growing and juicing his own cannabis “after struggling to find a doctor” who would help him legally access medical cannabis. Stephen Taylor said that his family has considered going to the United States in search of an easier-to-navigate application process.

A recent SBS News report stated that “about seven people a day are being approved for medicinal cannabis” in Australia, but that it remains “severely restricted.” Patients are allegedly having to “jump through all kinds of hoops” in order to get the access they need.