In the Federal Fight Over CBD, What’s a Cannabis Farmer to Do? 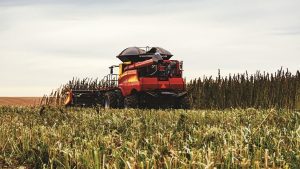 July 6, 2018: The day the California Department of Public Health released a revised FAQ sheet stating that CBD derived from industrial hemp is banned in all edibles, supplements and pet food

The ruling has many implications, but companies that expected to extract CBD from this year’s harvest, as well as those who intended to produce human and pet products from that extracted CBD will absorb the brunt of the hit. Many have already invested millions of dollars building companies that intended to produce such products, but they are now unable to sell into the top consumer market in the country.

Interestingly, these companies can still produce those CBD products in the Golden State; they just can’t sell them there.

This brings to question the motivation behind this new legislation. A logical answer is that the state is trying to stem the loss of revenue from permitting and taxation. As it stands, industrial hemp and the resulting extracted CBD is not medical cannabis nor adult-use cannabis; therefore, its cultivation and processing does not require a California Bureau of Cannabis Control (BCC) permit, nor would a pet product manufacturer be required to pay any tax other than a state sales tax. Combine that fact with a multitude of other CBD products that would not require a costly permit nor a cannabis tax to be paid, and you start to get an idea of how big the resulting revenue loss revenue is to the BCC and the state of California.

More subtle signs, however, point to a much more worrisome possibility.

In 2016, the Food and Drug Administration (FDA) ruled to not recommend rescheduling cannabis from a Schedule I drug, citing the Controlled Substances Act (CSA) and writing, “Marijuana has no currently accepted medical use in treatment in the United States.” Yet, both the U.S. government and GW Pharmaceuticals have been granted U.S. patents on cannabinoids. Each patent clearly states and demonstrates beneficial medicinal use in treatment, the former as a neuroprotectant and the latter as a treatment for cancer.

The Drug Enforcement Administration (DEA) has reiterated a position that that cannabis has no medicinal use, all the while knowing contradicting patents have been granted. So, is the DEA inept, or is it complicit? I ask because the cannabis industry deserves an answer for the last 50 years of prohibitionist behavior. The minute the DEA reschedules CBD, or allows synthetic cannabinoids to be produced and used by GW, perhaps it will finally admit that it has been wrong for decades and knowingly lied about the medical benefits of cannabis (as evidenced by the federal patent on cannabinoids being a viable cancer treatment).

GW, for its part, has been a publicly traded company for years. It has invested considerable time and millions of dollars to develop cannabis-derived pharmaceuticals. It created Sativex, followed by Epidiolex. Epidiolex has recently been proposed as a treatment for epilepsy and related epileptic diseases. GW’s new drug application for Epidiolex has been approved by the FDA. (On Sept. 27, the DEA rescheduledFDA-approved drugs that contain CBD and no more than 0.01-percent THC content.)

In the meantime, the U.S. government recently demanded an increase in production of cannabis at the University of Mississippi’s cultivation facility, with the intent to increase cannabis research and, potentially, monetize the government’s existing cancer treatment patent and create more patents. In addition, and of note, GW released a statement in early August that a one-year supply of Epidiolex will cost $32,500—which is significantly higher than the cost of CBD products currently available over the counter.

What Is Going On?

How did we get to this point? What are the implications and ramifications?

The medical benefits of cannabis are widely known—but it is grouped with heroin and LSD as a Schedule I substance. The power of lobbying and political payoffs has been suspected as a primary reason cannabis remains in the Schedule I drug category.

The current opioid epidemic and recent revelations of foul play—revealed by whistleblowers like former DEA Attorney Jonathan Novak, and Joe Rannazzisi, who ran the DEA Office of Diversion Control, in addition to ex-lobbyists and others involved in the pharmaceutical industry—have proven the power and influence pharmaceutical company lobbyists have over Congress.

But Why Fight Against Cannabis?

The first thing a large corporation does to become successful is capture the market share of whatever it is doing and eliminate the competition. The thinking is: The more competition you eliminate, the larger your potential market share. This is the expectation of shareholders and stockholders of many publicly traded companies (and shared by some private companies, as well).

It helps to look at the cause and effect. Does California stand to lose millions of dollars in revenue if hemp is cultivated to produce CBD in an environment that is not taxed and regulated? The obvious answer is “yes.” Is it in the best interest of GW to stifle, and then eliminate its competition by lobbying politicians to eliminate the possibilities of the current cannabis industry? The answer, again, is “yes.” And it has done so already.

In February 2017, Leafly’s Bruce Barcott reported that GW had been lobbying for two separate CBD bills in Nebraska and South Dakota that would only legalize FDA-approved CBD medications. Nonpartisan group OpenSecrets, which tracks money in U.S. politics, also reveals GW Pharmaceutical’s/Greenwich Bioscience lobbying efforts at the federal level: $100,000 has been spent so far in 2018 on lobbying for legislation allowing the production of FDA-approved cannabinoid medicines. GW is currently the only company with an FDA-approved cannabinoid medication.

Over the past 30 years, arrests for cultivating or selling cannabis have been classified as “health and safety” violations. The irony that millions have been criminalized, and that now the same government has the opportunity to monopolize and capitalize off the medicinal use and application of cannabis as a form of medicine does not shock me in the least. But, alas, I suspect there will be more interesting turns of events in the near future as this rapidly becomes a global issue.

Farmers in many states want to grow hemp and are lobbying their politicians to introduce legislation legalizing the crop. Politicians might think farmers want to make paper, T-shirts, bricks or plywood out of it, when the true profit is in CBD production. I suspect this is ultimately where the bulk supply of CBD will come from, if the farmers get their way.

Looking internationally, well-funded companies such as Tilray, Canopy Growth Corp., Aurora and Privateer Holdings have announced intentions to cultivate and manufacture cannabis and related products in many countries, such as Portugal, Uruguay, Israel, South Africa, Colombia, Australia and New Zealand, among others. The products produced in these countries will be destined for both domestic consumption (where allowed) and foreign countries that allow importation.

Will the U.S. government allow the future importation of foreign-produced cannabis in raw and/or concentrated forms? If so, as with most things, it will be impossible to compete with the cost of production of foreign-produced cannabinoids and terpenes. From where does GW intend to source its CBD or THC? Certainly not from the existing cannabis industry, I can guarantee that. First, it would be too expensive for GW. If it grows its own crops, costs will be tightly controlled. The same applies if GW sources foreign cannabinoids: Its products will be produced at a lower cost in foreign countries, ship from foreign countries and be distributed through existing pharmacies in the U.S., simple as that.

So, if not in the hands of thousands of cultivators and farmers of sinsemilla cannabis, where does the future of cannabinoid production lie? Many have suggested that cannabinoids, whether THC or CBD, be cultivated via mold production, meaning it is possible for certain types of mold to produce cannabinoids (such as yeast). This would require absolutely no compliance with any cannabis laws or associated taxation, or regulation from the FDA with regard to cannabis or hemp-derived cannabinoids.

Alternatively, some, such as India-based ImmunAg, have begun to investigate the extraction of CBD from hops, which is a close relative to cannabis and produces many of the same terpenes. To utilize hops as a source of CBD also circumvents any cannabis laws or regulation. If legislators continue to close the door on cannabis (through a desire to tax everything cannabis-related or through lobbying efforts from pharmaceutical companies), those with the passion and drive can open the window and let in the mold and hops. We cannot let the government prevent us from profiting from an industry we created.