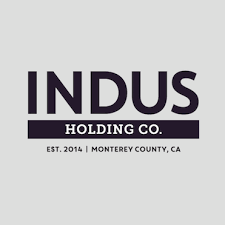 Solidifying its place as a market leader and transformative force in the regulated cannabis industry, INDUS Holding Company announced it has raised $46 million in financing for the Series B round that ended October 25.

The Series B round – the largest since the company’s formation in November 2014 – launched in March 2018with the goal of raising $15 million to finance INDUS operations in the cultivation, extraction, manufacturing, sales, marketing, and distribution of licensed cannabis products. Increased investor interest led Co-Founder and Chief Executive Officer Robert Weakley to raise the funding goal twice, from $15 million to $30 million in June 2018 and from $30 million to $46 million in September 2018.

“This is our largest round of financing to date, and its success speaks not only to the incredible growth of this industry, but also to our position as a vertically-integrated organization that proudly embraces regulatory compliance while serving as one of the leading cannabis producers and distributors in California,” Weakley said.

Since raising $3.1 million during its Series A financing round in February 2015, INDUS Holding Company has grown exponentially, exceeding investors’ expectations while introducing over 10 owned and manufactured brands across a range of product categories, resulting in the most diverse cannabis brand portfolio in California.

During the recent Series B round, the organization expanded to a 225,000 square foot cultivation facility while also relocating its distribution operations into a new, 15,000 square foot facility near its corporate headquarters in Salinas, California.

Additionally, INDUS Distribution (License No. 11-17-0000037), a division of INDUS Holding Company, is breaking new ground in cannabis e-commerce, having solved multiple supply chain challenges with the exclusive partnership and launch of WAYV. WAYV is a revolutionary one-stop compliance and distribution website connecting INDUS’ network of trusted brands with licensed retailers throughout the state while increasing the speed and accuracy of fulfillment.

“We operate in the largest cannabis economy in the world,” Weakley said. “WAYV allows us to scale rapidly to keep up with industry growth. It solidifies our position as a pioneering organization that is creating market solutions for brands and retailers struggling to operate in such a complex and regulated space.”

Looking ahead to 2019, the organization’s strong leadership team will position INDUS for rapid expansion, investing in human capital while acquiring new brands and increasing distribution capacity.

ABOUT INDUS HOLDING COMPANYINDUS Holding Company is a vertically-integrated cannabis company with world-class production capabilities, including cultivation, extraction, manufacturing, brand sales & marketing, and distribution. Founded in 2014 by hospitality veteran Robert Weakley and based in Salinas, California, INDUS offers services supporting every step of the supply chain and an extensive portfolio of award-winning brands, including Altai Brands, Dixie, Moon, Beboe, Acme Elixirs, and Legal. INDUS Distribution, a division of INDUS Holding Company, is a leading distributor of cannabis products, servicing an extensive portfolio of brands and licensed retailers throughout California.