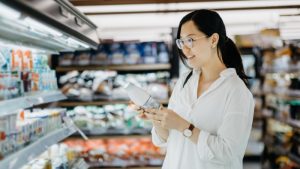 As cannabis becomes increasingly normalized, big-name food brands are getting in on the trend, writes Calvin Hughes.

Legal weed is big business these days. The industry pulled in $12.2 billion globally last year by some estimates, and profits are expected to continue seeing masive growth over the next couple of years. With all that potential comes a whole lot of interest from a number of more mainstream industries looking to get a piece of the pie.

However, another liquor brand with a particularly popular product stack has also expressed interest in producing marijuana beverages: Diageo. Diageo produces both Smirnoff and Baileys—the world’s best selling vodka and liqueur, respectively. The company has been actively monitoring the cannabis space in recent months and is expected to develop some cannabis beverages sooner rather than later.

Meanwhile, soft-drink makers have also expressed interest in the cannabis market. Pepsi’s CFO Hugh Johnston said in an October interview that developing some cannabis-based beverages is definitely on the table for the company. While Pepsi’s biggest rival Coca-Cola was previously in talks with several cannabis companies about the possibility of partnering up on marijuana drinks, Coke has since stated they will not be moving forward. Pepsi may now be able to jump in and sign a deal with one of the companies Coke had previously been in talks with.

One brand that has given a more definitive indication of their move into cannabis is Oreo-maker Mondelez International. Earlier this month CEO Dirk Van de Put said the company is “getting ready” to make snacks infused with the non-intoxicating cannabis extract CBD. However, he also made it clear that they will not be adding cannabis to any of their most recognizable food brands, instead opting to develop new product lines.

Fast food brands are starting to make their way into the industry as well. Back in April Carl’s Jr. became the first national fast food chain to put cannabis on the menu in the form of a CBD burger. While the burger was available for one day only, Carl’s Jr senior vice president of brand marketing Patty Trevin said it could make it’s way to the permanent menu if it was received well.

And with cannabis already firmly taking over the wellness world, it probably won’t  be long until it takes over the food business as well.