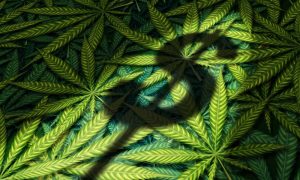 Planet 13 Holdings Inc. generated more revenue from its one flagship store in Las Vegas last month than Cronos Group Inc. did across Canada in the fourth quarter, yet Cronos’s market value is about 21 times larger than Planet 13’s.

The valuation gap is just one dramatic example of the persistent disconnect between Canadian and U.S. cannabis stocks, and a reminder of the potential size of the American pot market as legalization spreads.

Cannabis companies with U.S. operations have been held back by the illegality of the drug at the federal level, which has depressed their share prices because it’s harder for them to access the top exchanges, banks and institutional investors. But the big Canadian cannabis companies are facing their own limitations and restrictions that are eroding their first-mover advantage.

“On a whole bunch of fronts, the head start that we had is rapidly eroding,” said Neil Selfe, chief executive officer of Infor Financial Group Inc., one of the top investment bankers to the cannabis industry. “In many ways, the U.S. multi-state operators have a significant competitive advantage now over the Canadian companies.”

Based on their latest quarterly numbers, the two biggest cannabis companies by revenue are Canada’s Canopy Growth Corp. and Aurora Cannabis Inc. The next four operate in the U.S., and American companies now make up six of the top 10. In addition, most of those U.S.-focused firms generated higher gross margins than their Canadian counterparts in the most recent quarter, according to Bloomberg data. Among the top 10 companies by market value, the split is now 50-50. 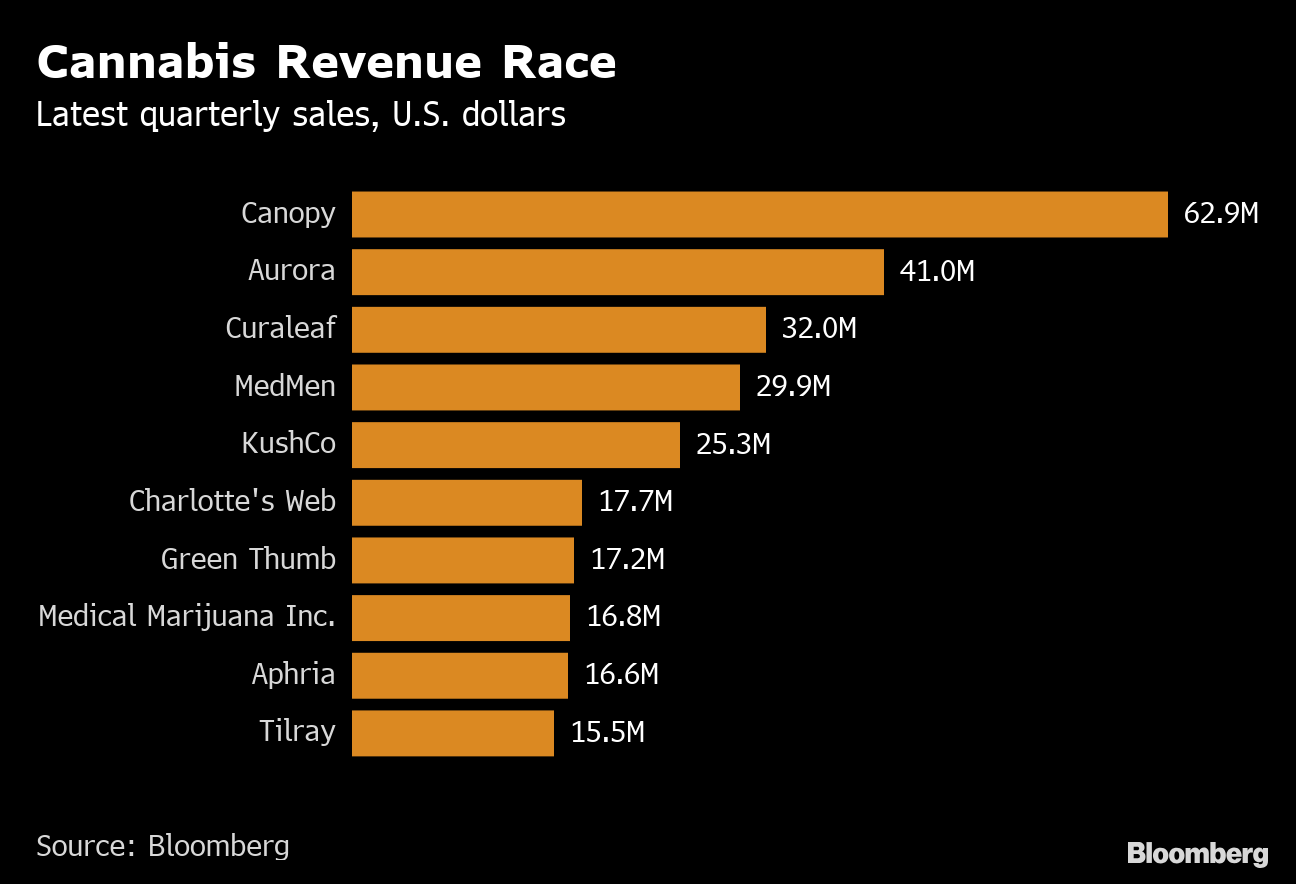 The numbers are indicative of the double threat faced by Canada’s cannabis producers: domestic sales limitations and exclusion from the huge potential of the U.S. market.

Canada’s legalization of recreational pot in October gave its companies early access to the capital markets and an eager investor base, but the rollout has been patchy, with product shortages and a limited retail network curbing legal sales. Meanwhile, any Canadian pot companies that are listed on the Toronto Stock Exchange, the New York Stock Exchange or the Nasdaq are restricted from operating in the U.S. because of federal laws.

This means Canadian licensed producers risk missing out on a market that’s estimated to be worth US$22 billion in legal spending by 2022, leaving the spoils to their U.S. counterparts. By contrast, Canadian sales are forecast to reach US$3.8 billion by then.

Several Canadian firms have established international operations in places like Europe and South America, but “that isn’t really a substitute for U.S. growth,” Selfe said. Canada’s restrictive marketing rules make it difficult to establish recognizable consumer brands, and the country’s cold climate isn’t ideal for growing pot. In addition, U.S. legalization of hemp has made the popular non-intoxicating CBD compound more widely available south of the border, all adding up to a disadvantage for Canada, he said.

For now, Canadian producers benefit from significantly higher prices than their U.S. counterparts. Wholesale prices averaged C$6.94 per gram in the week ended April 5, or about $2,359 per pound, more than double the average price of $1,108 per pound in the U.S., according to New Leaf Data Services LLC, which tracks wholesale cannabis prices. That gap is bound to close as significant growing capacity comes online over the next year, eroding margins.

“There should be sirens and red lights flashing for anyone with significant wholesale price exposure in Canada,” said Jonathan Rubin, CEO of New Leaf. “I think the way that the market is evolving suggests there’s going to be extraordinary price erosion.”

This poses a challenge to Canadian companies that are already struggling to generate revenue growth. Vivien Azer, an analyst at Cowen & Co., recently cut her revenue estimates for Canopy, Aurora, Cronos and Tilray Inc., citing modest growth in the first quarter and a slow retail rollout. Ontario, Canada’s most populous province, just opened its first 10 stores on April 1.

Meanwhile, the big U.S. players are engaging in large-scale acquisitions, including Harvest Health & Recreation Inc.’s recent acquisition of Verano Holdings LLC and Cresco Labs Inc.’s deal for Origin House, both all-stock deals worth over US$800 million.

“I think you’ll continue to see a massive amount of consolidation in the U.S.,” said Jamie Nagy, head of the cannabis M&A group at Canaccord Genuity Group Inc., one of the top pot bankers. “The question is whether the Canadian guys will buy the U.S. guys when the U.S. market opens up, or is it the other way around?”

Canada hasn’t yet lost its first-mover advantage, though it’s at risk, according to a recent analysis of the market by Arcview Market Research and BDS Analytics.

“By being the first among major world economies to move to adult-use legalization, Canada has already created the most valuable cannabis companies in the world,” the report said. “Whatever happens in their domestic market, the race for world domination is theirs to lose.”