Terra Tech: An Old Dispute is Settled and Now it’s Time For the Bulls 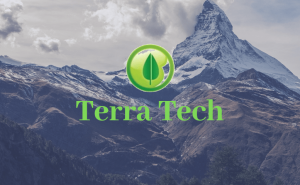 Any company gaining over 20% on the marijuana index is going to stick out like a sore thumb. Enter Terra Tech Corp (OTCQX:TRTC), the shining star on the index today. This is, very possibly, the beginning of a long-awaited bull run for TRTC stock.

What’s causing all the movement? It goes without saying; investors should cast an eye towards Terra Tech right now.

At the time of writing, TRTC stock is up 21.23% selling for $1.77 USD per share. The significant price-hike hasn’t been caused by sudden news, but rather, the resolution of old, bad news.

According to Insider Financial, TRTC has actually packed on an impressive 160% since December 2018 and marks “the best start to a New Year for TRTC in a long, long time.”

So if you had bought in the dip at the end of 2018, you’d be sitting on some rather sizeable profits today.

As stated, the company has resolved some issues, in particular, a nasty lawsuit with a former partner, Heidi Loeb Hegerich.

But further, from this settlement, TRTC has acquired its portion of what was the shared ‘Blüm Reno’ dispensary. This now means Terra owns 100% of the Blüm dispensary, including its cannabis licenses, and the building that houses the dispensary.

Derek Peterson, CEO of Terra Tech, said the following on the matter:

“This purchase allows us to have complete ownership and control of the Reno Blüm dispensary […] It also settles the lawsuit with Heidi Loeb Hegerich and we are pleased to put this matter behind us and look to the future.”

To add to the good news, Terra Tech has recently completed the renovation of its cultivation facility in California. The update to this facility increases output with an estimated annual yield of 1,120 pounds of cannabis. It also allows the company to cultivate a greater variety of cannabis strains.

In the fall of 2018, Terra Tech stock was selling for $2.42 USD. Yes, it is currently experiencing quite the bull run, but it does have a ways to go before climbing back to the heights of the past.

But “start as you mean to go on,” is a strong phrase and one that is hopefully the case here. Terra Tech looks set for bigger gains in 2019, so investors, watch out!