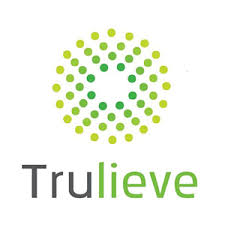 TORONTO, Oct. 11, 2019 /CNW/ – Trulieve Cannabis Corp. (“Trulieve” or the “Company”) (CSE: TRUL) (OTCQX: TCNNF), a leading and top-performing cannabis company in the United States, today announced the Company has begun a realignment and expansion process of its leadership team in preparation for national expansion, and accepted the resignation of its Chief Operating Officer Kevin Darmody, effective October 10, 2019. Mr. Darmody, the former Director of Investor Relations of Trulieve, was named Chief Operating Officer responsible for Trulieve operations in March of 2019.

Tim Morey, currently Director of Retail, has been appointed to Chief Sales Officer. Previously, Mr. Morey led the dispensary roll out in Florida. As a member of Trulieve’s senior management team, Mr. Morey has played an integral role in the Company’s business strategy. Prior to joining Trulieve, Mr. Morey had 12 years of experience at Finish Line where he held the position of Senior Director of Store Operations.

Kyle Landrum has been appointed Chief Production Officer. Mr. Landrum is elevated to his new position after serving as the company’s Director of Cultivation since 2017. Mr. Landrum currently manages all aspects of growing and harvesting cannabis plants within Trulieve’s expansive cultivation footprint and assures implementation of supply chain management expertise. Prior to Trulieve, Mr. Landrum had almost a decade of multi-site operations management and successfully led large teams to achieve company goals.

Mr. Darmody’s prior responsibilities will be divided between Mr. Morey and Mr. Landrum and repositioned to revenue generation activities.

“In this customer facing role, Tim has been key to our continued success in rolling out dispensaries in Florida,” said Kim Rivers, Chief Executive Officer. “His contributions have allowed us to meet our expansion goals while maintaining our commitment to a positive patient experience.”

Rivers continued, “Under Kyle’s leadership, Trulieve has established the largest cultivation operation in Florida, allowing for our continued dominance of the market. Kyle is an asset to the company, and we look forward to his continued application of management skill to our entire production operations,” said Ms. Rivers.

Trulieve CEO Kim Rivers also recognized the contributions of outgoing COO Kevin Darmody. “On behalf of the Company and the Board of Directors, I would like to thank Kevin for his service”, said Ms. Rivers. “In his investor relations role, Kevin was a key contributor in the transformation of Trulieve into a publicly traded multi-state operator. We appreciate his more recent efforts as COO and wish him luck in his future endeavors.”

With the increasing federal legalization of medical cannabis and expected increase in retail sales of medical and recreational cannabis to reach $12 billion by year end, according to Marijuana Business Daily, Trulieve is capitalizing on this opportunity and making progress with executing on its strategy to be a leading multi-state operator. The Company is confident this realignment in management will leverage Trulieve’s strategy of remaining the leader in the Florida market, currently operating 37 dispensaries and on track to have 44 dispensaries in 2019 and expanding to six US states by year end.

Trulieve is a vertically integrated “seed-to-sale” company and is the first and largest fully licensed medical cannabis company in the State of Florida. Trulieve cultivates and produces all of its products in-house and distributes those products to Trulieve-branded stores (dispensaries) throughout the State of Florida, as well as directly to patients via home delivery. Trulieve also operates in California, Massachusetts and Connecticut. Trulieve is listed on the Canadian Securities Exchange under the symbol TRUL and trades on the OTCQX Best Market under the symbol TCNNF.

The Canadian Securities Exchange has not reviewed, approved or disapproved the ‎content of this news release.‎